AN EVENING WITH THE ELLIS FAMILY BAND AND FIDDLERS’ SONS

The Ellis Family from Summerside, PEI, grew up surrounded by music. As kids, the four brothers were exposed to all kinds of music. Traditional “Island” fiddle music was introduced to the boys by the band founder and father, Russell Ellis, a well-known fiddle player. That style of music mixed with popular music from the 1970s helped mould a unique musical sound that can still be heard today in The Ellis Family Band’s live performances. 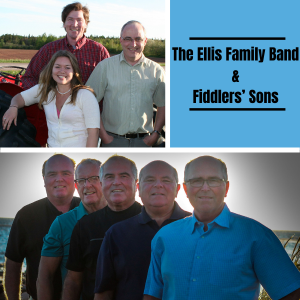