Two beloved and distinct styles of musical expression. Country music with it’s story telling and hook-laden melodies; and Blues, with all it’s emotional intensity and unmistakable rhythms. When Country Gets The Blues celebrates the legends of these genres and blurs the lines between country and blues.

When Country Gets The Blues is the brand new performance concept designed by country-rock ensemble Witchitaw, and blues recording artist Charlie A’Court. Often stylistically compared to Otis Redding and Eric Clapton, A’Court is largely recognized as the proverbial force to be reckoned with. Planted at the crossroads of roots and soul, his mighty voice, fierce guitar work and contemporary songwriting place A’Court firmly on the world stage. His album, Come On Over, won the 2015 Blues Recording of The Year at both the East Coast Music Awards and Nova Scotia Music Awards.

Witchitaw is a full flavoured, four-piece southern country rock band from the heart of Annapolis Valley, Nova Scotia. Their latest album, “The Ride” garnered a 2018 Country Recording of the Year nomination from Music Nova Scotia for their original writing. Singles, “Posse” and “When Opportunity Knocks” are receiving praise from Sirius XM Canada and Canadian country music radio with more than 30 country stations adding Witchitaw to heavy rotation. 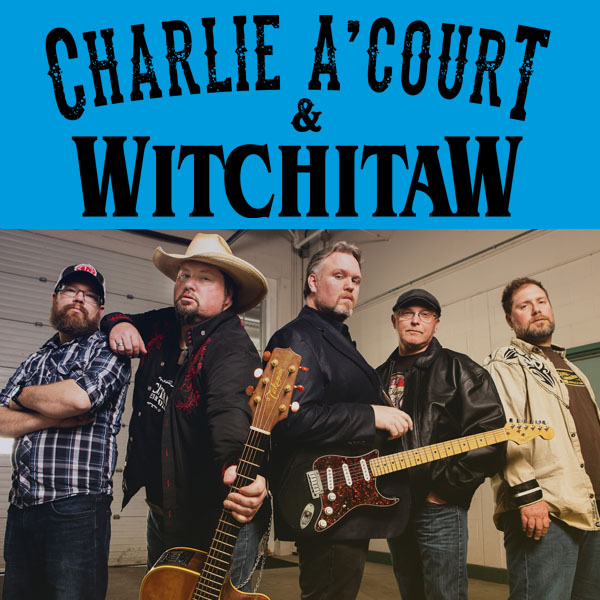