Jake’s Gift is a multi-award winning Canadian play about a World War II veteran’s reluctant return to Normandy, France, for the 60th anniversary of the D-Day  landings. While revisiting the shores of Juno beach, Jake encounters Isabelle, a precocious 10- year-old from the local village. Isabelle’s inquisitive nature and harm challenge the old soldier to confront some long-ignored ghosts – most notably the war-time death of his eldest brother, Chester, a once promising young musician. At its heart, Jake’s Gift is about the legacy of remembrance and makes personal the story behind one soldier’s grave.

Since 2007, Jake’s Gift has gone on to play at festivals and theatres in over 250 communities across Canada, including International stops to Washington State, the  UK and Normandy, France, for the 70th & 73rd Anniversary of D-Day. In June 2019, the company returned to Normandy for the 75th Anniversary of D-Day. They presented performances in both French and English at the Juno Beach Centre, and other communities and venues along the Normandy coast.

2020 marks their 14th year of touring, and Juno Productions and Jake’s Gift continue to garner awards and rave reviews whether playing in small rural towns or big city centres.

Tickets available through the box office and online. 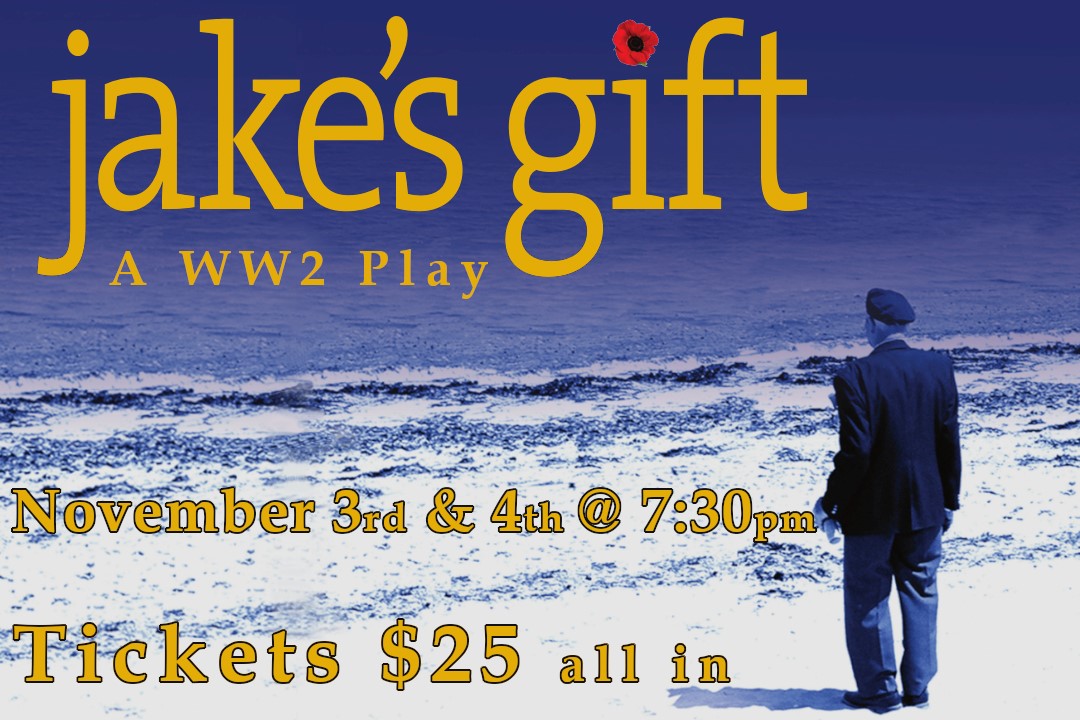