From the sounds of slapback echo, twangy Telecasters and swooning pedal steel, it’s clear that Scott MacKay has an affinity for country music of the 1950s and ‘60s. But the singer/songwriter from Charlottetown, Prince Edward Island also has a sharp wit that shines through on the 10 original songs that comprise his latest ECMA-winning album Stupid Cupid, a collection that offers a fresh, modern take on classic country.Stupid Cupid features MacKay backed by his regular rhythm  section of Josh and Sam Langille, along with renowned guitarist Grant Siemens and pedal steel master Burke Carroll.“I really became smitten with songwriters such as Shel Silverstein, Hank Williams, Bobby Bare, Roger Miller and others,” he says.

Scott MacKay is certainly on his way to achieving that kind of recognition as his catalogue has surpassed one million streams. The track “Where the Enemy Sleeps (feat. Emilee Sorrey)” from MacKay’s album Twin was used as the theme song for the true crime podcasts Over My Dead Body, and Joe Exotic: Tiger King, the latter inspiring the hit Netflix show Tiger King. MacKay won an ECMA for country recording of the year and has been nominated for several Music PEI awards, Calgary Music awards, and has fared well in CBC’s Searchlight and other international songwriting competitions.

Now with Stupid Cupid, Scott MacKay is ready to take country music back to the future and place himself squarely in the conversation about Canadian roots music artists to keep a close eye on.

Tickets available through the box office and online 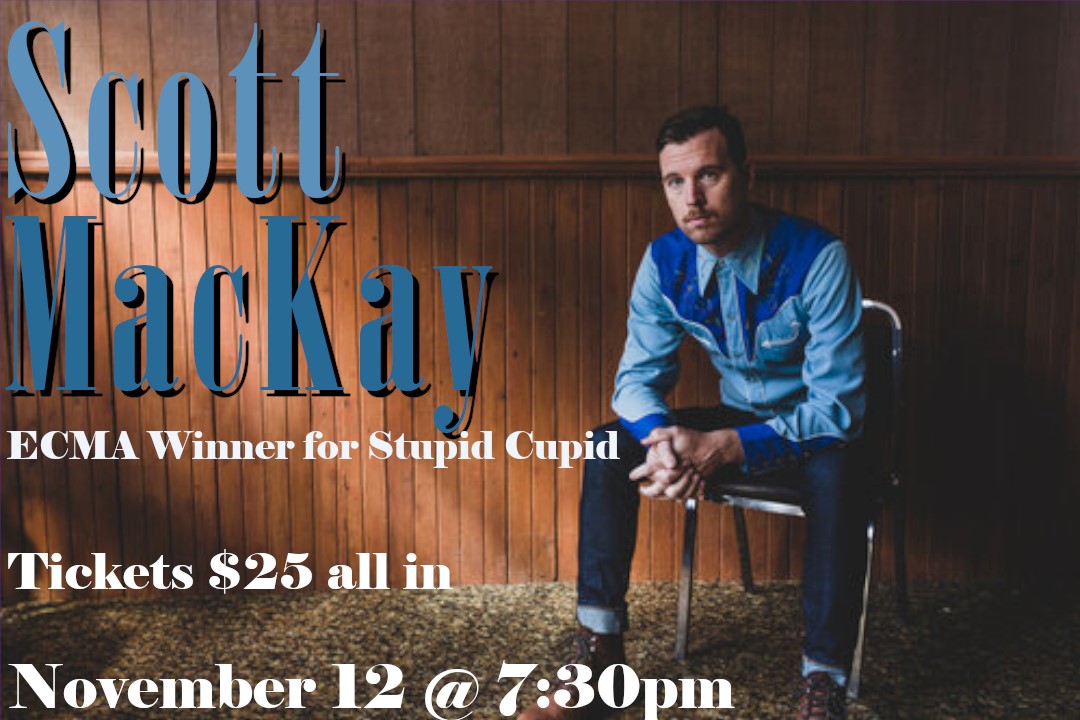