SEARCHING FOR ABEGWEIT: The Island songs & stories of Lennie Gallant

SEARCHING FOR ABEGWEIT: The Island Songs & Stories of Lennie Gallant, features his original works about Prince Edward Island (Abegweit),written over the span of his extensive 14 album career. Often referred to as Gallant’s “Love letter to the Island”, the multimedia show also features projected films and hundreds of unique paintings by his celebrated artist sister, Karen Gallant, and explores magnificent themes and legends of which only Abegweit could boast .

The show is by times hilariously funny, extremely poignant, informative, rocking and reeling, and offers an exciting musical window into the island’s past, present, and future.

With over 180 performances and a sold out Eastern Canadian tour under its belt, SEARCHING FOR ABEGWEIT, is considered a major ‘MUST SEE’ show that has had fans from all over the continent returning for multiple viewings. A much celebrated songwriter and consummate performer, Gallant is remounting this legendary show this summer with his current stellar band members, Patricia Richard, Keelin Wedge and Julien Robichaud. Mi’kmaq singer Hubert Francis also joins the band on screen for the powerful title song, Searching For Abegweit.

This multimedia production is a unique hit Island experience NOT to be missed! 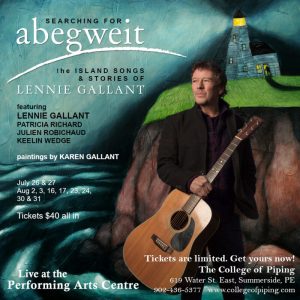 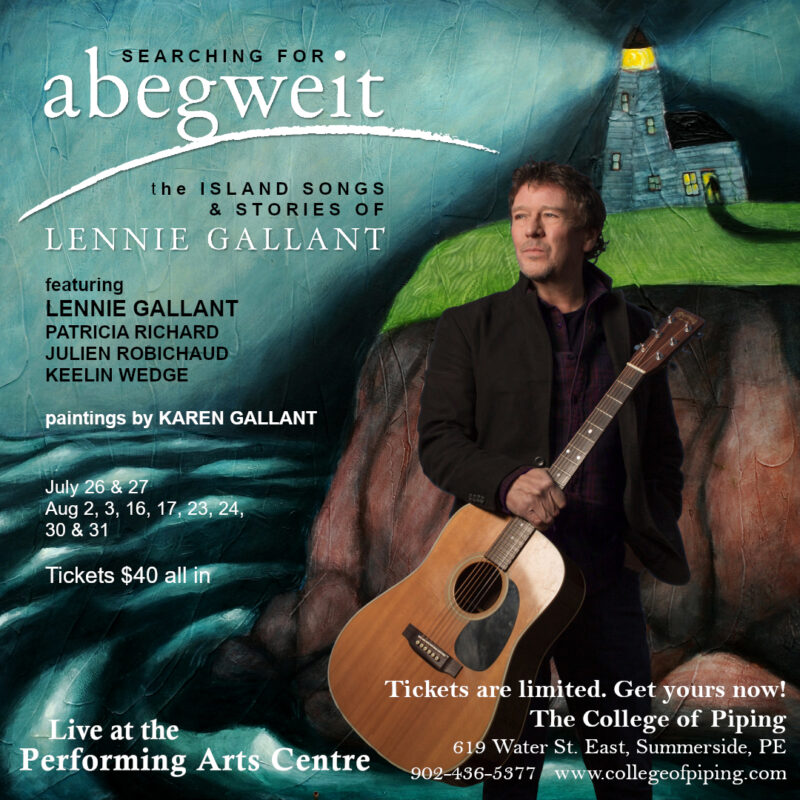