It’s been 3 years since Shaun Majumder visited Atlantic Canada with his HATE Tour, and now he’s flipping the narrative with the all-new LOVE Tour. ❤️

From Burlington, Newfoundland, Shaun has starred in shows like “Cedric The Entertainer Presents” on Fox, The Farrelly Brother’s Comedy “Unhitched,” NBC’s “The Firm,” and ABC’s critically acclaimed “Detroit 187” and a cast member of This Hour Has 22 Minutes for nearly a decade. Most recently he’s hosted “Race Against the Tide” on CBC and the new sci-fi horror series “From” airing now on EPIX.

Shaun is currently writing and developing projects for both Film and TV and is living in Los Angeles with his beautiful wife, Shelby Fenner, their two Boston Terriers and their two daughters, Mattis Maple and Eslyn Willow. 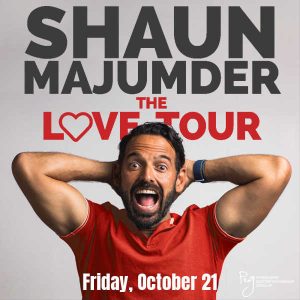 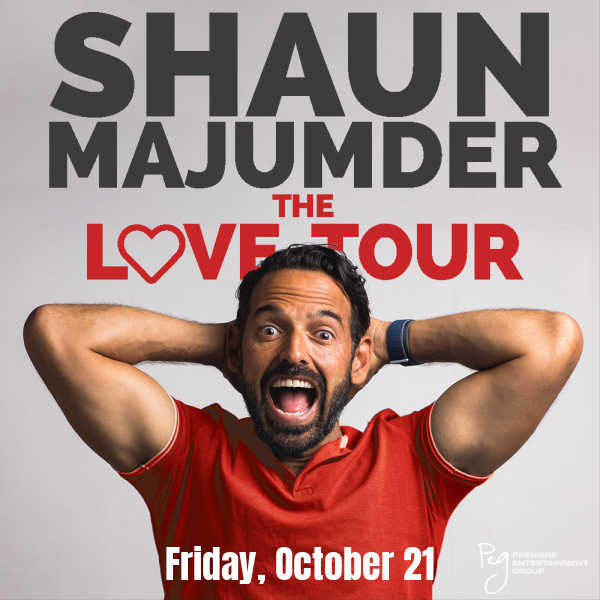