Supernaut: A Tribute to Black Sabbath

SUPERNAUT is a Black Sabbath tribute band from  Summerside P.E.I. with Scott Cleary on vocals, Aron Scott on guitar, Stéphane Bouchard on bass and Yves Arsenault on drums. Scott is an OZZY OSBOURNE impersonator who has been performing Black Sabbath and OZZY solo material based out of Toronto then the Maritimes since the 1990’s. Aron, Stéphane and Yves are talented instrumentalists with decades of experience playing in a multitude of bands over the years and are some of the most respected and sought after musicians on Prince Edward Island. The band is committed to an exact recreation of the music of Black Sabbath while Scott performs as OZZY.

Tickets available through the box office and online. 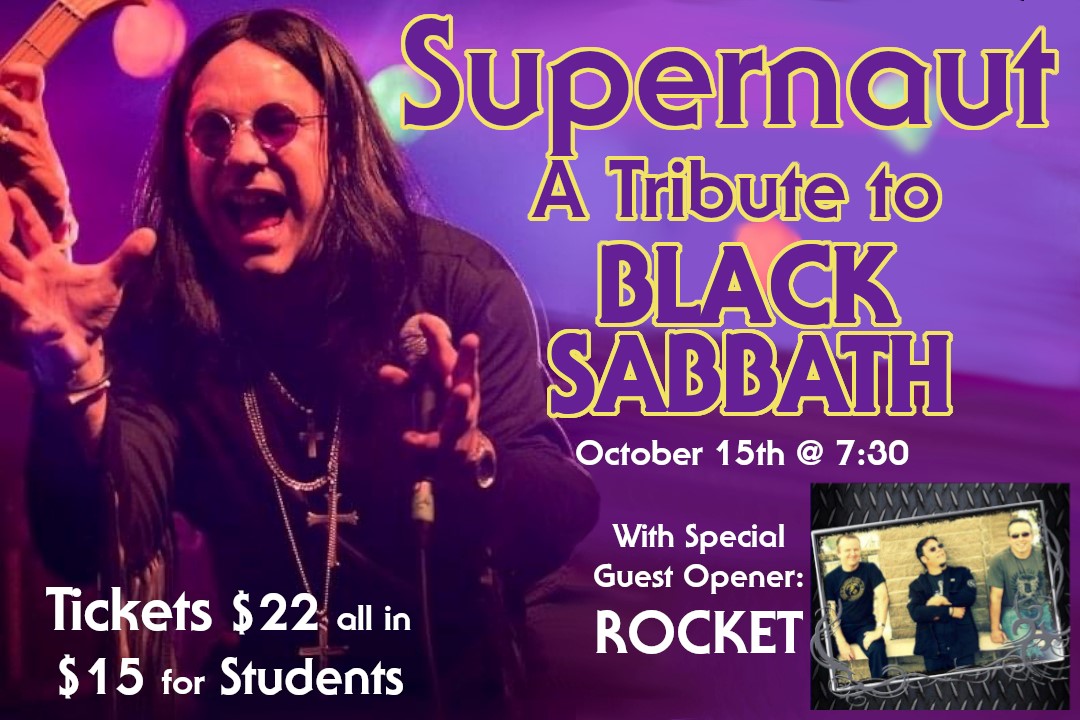